Αρχική » The Archaeology of Yesterday
ΚΑΤΗΓΟΡΙΕΣ 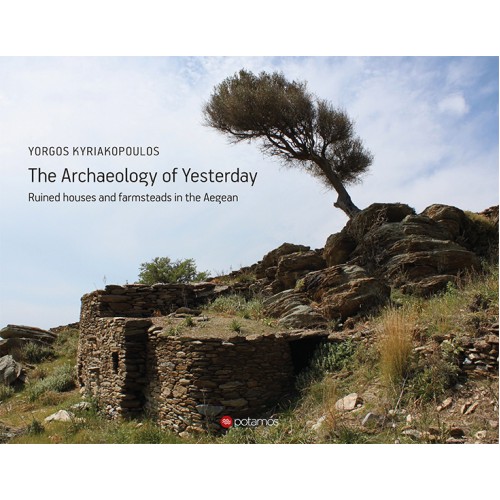 Ruined houses and farmsteads in the Aegean

Eleven years, thirty islands, four hundred photos of ruined houses from all over the Aegean. An alluring bygone world preserved both in the buildings themselves and in their interiors, where evidence of their life and final use is often frozen in time. Four hundred images that together form an anthropology of yesterday, an “archaeology of yesterday” perhaps, since their study provides a wealth of information on the habits, whims, taste, professions, occupations, cuisine and the various preferences and attitudes of the people who once lived, worked, had fun, loved and were being loved and eventually had to migrate abroad or die in them.

“The Archaeology of Yesterday, as this is presented in Yorgos Kyriakopoulos’ book, is an approach to the science of memory –and I can only wish it were the rule, rather than the charming exception to it!”.
Angeliki Kottaridi, Director of the Ephorate of Antiquities of Imathia

“Fortunately, Yorgos Kyriakopoulos came along in time to capture in his photographs the remission stage of the longue durée of the Aegean cultural landscape before its definitive alienation. And he proposes that we see it, too, while there is time”.
Demetris Athanasoulis, Director of the Ephorate of Antiquities of the Cyclades