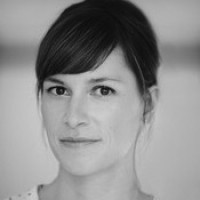 Isabelle Arsenault was born in 1978 in Sept-Iles, Québec and currently lives in Montréal. After studies in fine arts and graphic design at the Université du Québec à Montréal, she specialized in illustration. She quickly gained recognition, receiving awards from major international illustration contests and winning the Grand Prix for Illustration from Magazines du Québec, for six years running. With fifteen illustrated books to her name, Isabelle Arsenault has won many awards and earned many distinctions, including winner of the prestigious Canadian Governor General’s Literary Award three times for Le coeur de monsieur Gauguin in 2004, Virginia Wolf in 2012 and Jane, le renard & moi in 2012. Virginia Wolf was also selected for the 2014 IBBY Honour List. Another book, Migrant (2011) and Jane, the Fox & Me (2013), the English translation of Jane, le renard & moi, were on The New York Times “Ten Best Illustrated Books” for their respective years. Isabelle Arsenault’s flexibility as an illustrator of diverse publications - from an alphabet book to a graphic novel to both fictional and non-fictional picture books - has brought her a wide-ranging audience. She is greatly admired for her ability to tackle and humanize tough and complex subject matter with a distinctive and evocative style. Her illustrations, while immediately accessible, leave a lasting impression through their subtle undercurrents. She has that uncanny ability to tap into her childhood dreams and imaginings, as well as into the minds of her subjects. Isabelle Arsenault was nominated for the 2018 Hans Christian Andersen Award and Jane, le renard & moi was included in the list of books highlighted by the Andersen Jury as an outstanding work. 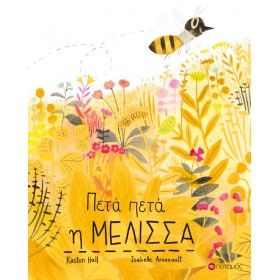